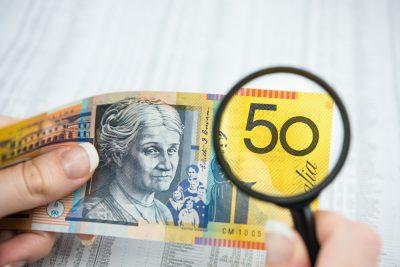 In recent weeks Australian supermarket shoppers have been forced to adjust their spending habits admit the increase of grocery bills.

A shopper survey conducted by consumer comparison company Canstar Blue found that, in the face of rising prices, shoppers had been forced to review their spending habits.

“One in 10 have even looked for extra sources of income to supplement the budget they had for groceries. The same number have cut back spending in other areas so they can afford their usual groceries,” says Canstar Blue’s editor-in-chief Christine Seib said.

The shopping survey which was conducted during the middle of March 2022 discovered that 67 percent of Australian shoppers have noticed their grocery bills increase over the past 12 months.

On top of this an extra 29 percent had noticed an increase in grocery item prices over the past two years.

As a way of responding to the price climb, one-third of shoppers are now opting for supermarket-branded products instead of branded items, and are comparing unit prices more carefully.

Furthermore, many Australians have decided to start shopping around at multiple chain stores to secure the best deals.

A Brisbane mother who has four children revealed that “I did spend at least $350 fortnightly to feed my family of four, including one being gluten-free. But now at Coles and Woolies it’s roughly costing me at least $500 per fortnight,” says the mother of four children.

She is now trying to save on her grocery bill by avoiding the major retailers and shopping around at multiple factory-outlet stores for the best deals.

“I’ve found some amazing deals from different places; you just need to know where to look. Luckily, I’ve found a way to stock up as things aren’t looking like they’re getting better anytime soon and I needed a cheaper way to shop for my family,” says the Brisbane mother.

Several surveyed shoppers also remarked on the climbing cost of groceries, with one noticing an increase across items on 70 percent of her shopping list, with price increases of 50 cents to $2 extra per item.

The survey conducted by Canstar Blue outlined that price increases had forced more than one-third of Aussies to change their shopping habits to buying fewer groceries and forgoing “luxury items”.

However, the biggest price increases were found to be on essential grocery items such as bread, milk and eggs.

“More than 80 per cent of Aussies have noticed that meat, fruit and vegetables are more expensive. And more than half of shoppers have clocked price increases on milk, bread, eggs and dairy products such as cheese and butter,” says Christine Seib.

But price increases aren’t just having a negative impact on customers’ spending; 41 percent of Aussies say their perceptions of supermarkets have changed.

According to the Canstar Blue survey, shoppers now have a lower level of trust in supermarkets, believing major retailers have been using the covid-19 pandemic and economic events to introduce unnecessary price increases.