JobKeeper Applicants Were Ineligible: Almost One In Three Of Them 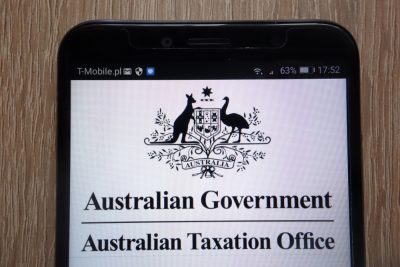 JobKeeper applicants were ineligible. The Australian Tax Office (ATO) has revealed that thousands of businesses who applied for the JobKeeper scheme were “not eligible at all” for the $89 billion wage subsidy. These findings have ignited renewed calls for the ATO to recover cash from the Australian companies that made false claims.

The newly published analysis discovered that some businesses had created fictitious staff and exaggerated their losses in order to claim the assistance during the national lockdowns in 2020.

The internal documents provided by the ATO which outlined ways to stop payments and recover cash, also stated it could not be sure of the full amount paid to those who were not eligible for taxpayer funds across the entire scheme.

The findings come as ongoing political disagreement continues to surround whether the agency should name the largest applicants and the amount of money they received under the scheme.

According to the documents only $194 million has been repaid so far under a compliance program, with the ATO preventing another $767 million from being paid in the first place.

The compliance reviews checked 13 percent of payments to more than 1.1 million JobKeeper recipients by looking at 113,019 applicants whose behaviour triggered automated alerts. It found 69 percent of these were eligible and 31 percent were “not eligible at all”.

It also found that 2 percent of companies that claimed the JobKeeper wage subsidy may have received nearly 20 percent of the taxpayer funds administered by the scheme.

The JobKeeper scheme was designed to allow businesses to continue to operate and to ensure that they kept their employees employed even if they were unable to work during periods of lockdown.

JobKeeper was established at the end of March 2020, after the government ordered businesses to close in the first national lockdown, and targeted businesses which forecast a 30 percent decline in revenue.

These recent findings follow the ATO’s discovery in August 2021 that $13 billion in funds were distributed to businesses who turned a profit under the JobKeeper scheme.

The findings showed that close to 200,000 businesses who received JobKeeper payments posted rises in business revenue during the first six months of the program last year. Almost one in three JobKeeper applicants were ineligible.

Federal Treasurer Josh Frydenberg has announced Covid disaster payments for workers impacted by lockdowns will be discontinued once a state and territory reaches its 80 percent vaccination mark even if some regions end up being locked down again as a result of an outbreak.

This means that income support for individuals who lost work during lockdown will likely end in New South Wales by the middle of October and in Victoria by the start of November.

The Australian Government is looking to discontinue the payments after distributing over $9 billion in disaster payments to 2.16 million people since June 2021.

The Australian Government will begin to wind up the payments once vaccination rates reach 70 percent of the adult population. When a region reaches 70 percent, the payment will no longer be renewed automatically. To receive the payment, workers will be required to reapply for the payment to confirm their eligibility, provided they live in an area that remains a commonwealth-declared hotspot.

Once a state or territory reaches 80 percent fully vaccination of their over-16 population, the payment will step down over two weeks before ending, and no new applications will be allowed, even if an area goes back into lockdown.

Federal Treasurer Josh Frydenberg has outlined that the payment was in line with easing restrictions as outlined in the plan signed off by national cabinet.

“As I have said before we can’t eliminate the virus, we need to learn to live with it in a Covid safe way. This means we must ease restrictions as vaccination rates hit 70-80% in accordance with the plan agreed at national cabinet,” said Federal Treasurer Josh Frydenberg.

“As restrictions ease the economy is well-positioned to bounce back. Today’s announcement about the winding down of the Covid disaster payment will provide businesses and households with the certainty they need to plan for the future,” continued Mr. Frydenberg.