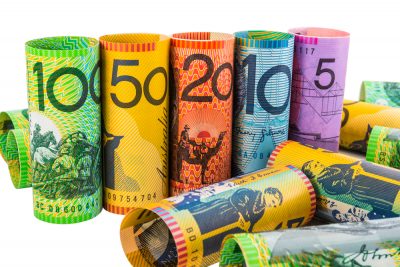 Business on the Gold Coast Border that have been impacted by the recent border closure have been handed a lifeline from both the Queensland State and Federal Governments.

On Tuesday 14th September, Queensland Premier Annastacia Palaszczuk announced a $54.5 million emergency support package with an aim of supporting businesses who have been impacted by the ongoing border restrictions and lockdowns interstate.

$6.5 million will also be distributed in the form of a one-off hardship grants scheme that will offer payments of $5,000 for employers and $1,000 for sole traders.

Up to $1 million will also be spent to match the funding for a voucher campaign, delivered by City of Gold Coast Border and Destination Gold Coast. This scheme will encourage Gold Coast locals to go and support businesses at the border who have been struggling. $50,000 will also be distributed to support a tourism marketing campaign for the Coolangatta area and surrounds.

The tourism and hospitality sectors situated across Queensland will also be eligible to access a $40 million hardship program which will deliver one-off grants of up to $50,000 to business that have experienced a reduction in turnover of at least 70 percent since July.

$700,000 will also be financed to assist with mental health support for business owners and their families in the border zone.

“This stimulus will provide a lifeline for many businesses that are doing it tough right now. I think it’s great to see, in this instance, the state government working with the Commonwealth government to bring about a support package to those that need it the most. It supports businesses in the border zone as well as tourism operators across Queensland who are severally impacted by the ongoing lockdowns in New South Wales and Victoria,” said Queensland Premier Annastacia Palaszczuk.

On Sunday 15th August, NSW Premier Gladys Berejiklian confirmed that workers in New South Wales who are waiting for a covid-19 test result are eligible to claim a $320 payment as the state continues to record hundreds of cases a day.

To receive the payment, NSW workers must be 17 years old or older and live in one of the following local government areas (LGAS) that includes;

Workers must also need to have had a Covid-19 test after Friday 13th August, or if they live in Bayside, Burwood, Strathfield, the test must to have occurred after Monday 16th August.

On top of this, NSW workers need to prove that they were likely to have worked during the period of isolation, and have consequently lost income.

Workers who have lost income as they have needed to care for someone isolating while waiting for a Covid-19 test are also eligible to receive the payments.

Workers who are capable of working from home, who have access to paid sick leave, carers leave or pandemic leave are deemed ineligible to receive the payment.

Furthermore, workers who have been receiving income support from the Australian Government, such as the Covid-19 Disaster Payment, the Pandemic Leave Disaster Payment are ineligible for the payment.

Essential workers who are required to take a test every three days as part of the state’s surveillance testing are also ineligible, as those workers are permitted to work while they wait for test results.