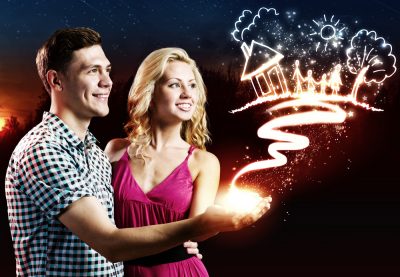 Important information about entertainment business, as a tax concept, “entertainment” can be relevant not only to fringe benefits tax (FBT), but also to income tax and even goods and services tax (GST). For a business, whether a business expense is “entertainment” will generally also determine whether the cost is deductible. If the expenditure can be shown to be directly connected with the carrying on of a business, it should be deductible. So, could you or your clients be missing out on some “entertainment” business deductions?

An example of someone who takes a client out to lunch can certainly be shown to be in connection with a business. However, there is still a lurking danger within the relevant sections of the tax law that says that if such an expense also represents “entertainment”, by the ATO view, then that cost can be taken out of the deductibility equation.

The Definition of “Entertainment”

Important information about entertainment business, the term “entertainment” is defined in income tax law (section 32-5), and both FBT and GST leverages off the income tax definition. The relevant legislation simply defines entertainment as meaning “entertainment by way of food, drink, or recreation”. The Australian Taxation Office (ATO) adds slightly to this by also including transport and accommodation costs relevant to the consumption of said food and drink. But as a guide to the application of tax, this definition is really not very helpful.

As a result of this definition coming up short for giving taxpayers the required guidance on such deductions, the ATO issued a ruling in 1997 to give taxpayers a better, and more applicable, understanding of the concept of entertainment (TR97/17). This ruling indicates that when considering whether the consumption of food and drink is entertainment – and therefore whether it is non-deductible or deductible, depending on the analysis of the expenditure – the ATO will look at it in the context of four questions.

There are four very simple questions — why, what, where and when. And the viability of a claim does not live or die on the strength of any one of the answers to those questions, but on a balance of the answers. If an expense is deemed to be entertainment, it is of course non-deductible for income tax purposes and no GST credit is ascribed to it. If it is not entertainment and therefore a business cost, it is deductible.

Analysing the “why” it would be wise to ask yourself – is the consumption of the food and drink tied to a social reason, or is there a business reason? We can use the example above of taking a client out to lunch, which is underpinned by a solid business reason. However, the next answer needs to back this up.

The answer to “what” should bear out the reason assumed for lunching with a client, meaning that a lavish four-course meal is out of the question. The logic is that if the parties are meeting for business reasons, the food and drink will be no more than functional. So, if we’re looking at muffins or sandwiches, with coffee or orange juice, the “what” bears out the “why”, and the deductibility of the expense looks safer. It is important to be aware, that if alcohol is involved, the “what” answer will have much less credibility.

Generally speaking, “why” and the “what” need to be satisfied in order to make a successful claim for deductibility, but the next question – “where” – can undermine the direction of the logic. If the food and drink is consumed on the business’s premises, naturally there is more weight to the argument that the expense is a business cost. Holding the meeting at a restaurant or café does not necessarily count against the viability of the claim, but the answer to the next question “when” helps if the food and drink expense is incurred during business hours.

Important information about entertainment business, there are some specific expenses that are generally accepted as deductible. Refreshments made available at a presentation to staff on business premises (such as sandwiches, biscuits and tea or coffee) are generally accepted as a business cost, and deductible. The ATO views this sort of food and drink as sustenance, or employee amenities. And again, alcohol has no place in tax deduction considerations in these scenarios.

Another scenario where food and drink would never be considered entertainment by ATO standards is where expenditure is incurred by an employee who is travelling away from home. In this situation also, there is less of a requirement that the items consumed be merely functional.

Another provision within the entertainment deduction prohibition rules is where food and drink are consumed incidental to attendance at a seminar of at least four hours’ duration. Clearly, the time frame is important to allow for an unchallengeable deduction claim. Note also that the word “seminar” covers events such as workshops, training sessions, conferences, lectures and so on.

Assessing the Strength of Deduction Claims

Important information about entertainment business, when determining whether an expense is “entertainment”, and therefore deductible or non-deductible, the taxpayer’s position is more assured by having a “reasonably arguable position”, as the ATO puts it, which can be arrived at by examining the answers to the questions spelled out above.

Generally speaking, many taxpayers are wary of not crossing a line when it comes to making tax deduction claims, as are the majority of tax practitioners. The ATO has power to dole out various penalties and fines, which can be a disincentive in situations where the outcome is not certain.

However, it is equally the case that taxpayers might be missing out on some very legitimate tax deductions by merely not exploring their books and taking too conservative a view that certain elements of their expenditure is off the table.

Ultimately it will depend on the situation, but if you suspect that some of your clients could have “entertainment” deductions their business is missing out on, it may pay to have another look at their books. Over the course of a year, these otherwise unidentified pockets of expenditure could add up to a tidy sum.