Job Ads In Australia Were At Record Levels For February 2022 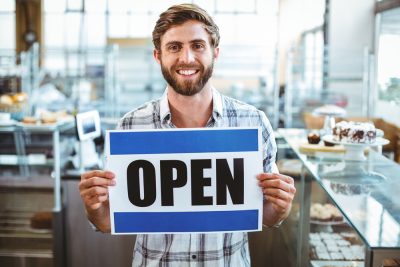 February 2022 was a record month for vacant job ads in Australia, with the amount of positions on offer over 41 percent higher than pre-pandemic levels.

The latest figures revealed in the SEEK Employment Report showed that job ads grew 2.2 percent last month and 35.8 percent over the past 12 months.

On top of this, businesses across the country are under pressure to fill the vacant roles as applications per job dropped by 2.4 percent.

“The Great Job Boom continues in Australia with another record month of job ads in February,” We have seen record job ad numbers in four out of the last five months, with the exception of the Christmas period,” says Kendra Banks SEEK ANZ’s managing director.

Kendra Banks outlined that the demand for talent is currently “stronger than ever”, with job positions skyrocketing above pre-pandemic levels.

Four of the five industry sectors were advertising at record levels in February as the construction, consumer services, industrial, and public sectors each reached 25-year highs for job vacancies.

The average salary for a construction worker is $97,420 a year in Australia. Individuals who work in the industrial sector make an average salary of $97,500 on a yearly basis.

Job positions in consumer services industries were listed as the greatest monthly increase in job ads in February, with hospitality & tourism roles jumping 20.1 percent for the month and retail & consumer products growing 12.3 percent.

Public service roles, such as those within health care & medical, education & training, and community services & development also continued to rise by 2.2 percent during the month of February 2022, which was 30.9 percent higher than the same month last year.

“Most of our major hiring industries recorded increases in February, notably consumer-facing roles in hospitality & tourism and retail & consumer products. With international and all internal borders now open, we can expect greater mobility of workers, but whether this leads to an uptick in candidate applications is yet to be seen, and something we will be watching closely over the coming months,” says Kendra Banks SEEK ANZ’s managing director.

5.3 Million Australian Have Made Changes to Their Employment Arranges Since 2020

A recently published survey illustrated that 51 percent of workers or a total of 5.3 million Australians have made changes to their employment arrangements since the start of 2020.

Since the beginning of the covid-19 pandemic, a large number of Australian workers have either changed jobs, changed industries, changed careers or reduced their working hours or undertaken more than one of these changes.

The figures illustrate that one in five Australian workers have changed jobs since the start of 2020, by either moving to a new job or commence work in a new industry.

“The Great Resignation. The Great Reshuffle. The Big Quit. Whatever you choose to call it, experts have been predicting its arrival in Australia in the first part of 2022. Instead of seeing The Great Resignation as a one-off event, we need to see career change as an ongoing trend,” says career coach Kate Richardson who undertook the research.

The results of the survey showed that younger workers aged between 18 and 34 were the most likely age demographic to have changed careers in the past two years, with 22 percent of respondents from this age group making a change. When compared to the older age groups, only 17 percent of those aged 35 and 49 and 14 percent of those aged over 50 reported to have making changes to their employment.

“Given females lost more jobs and hours during the pandemic than males, it’s not surprising that women were more likely to make bolder decisions and change their career,” says Kate Richardson.

Furthermore, four out of ten workers who were surveyed admitted that they are likely to change their job/role, industry or career within the next 12 months, backing up Ms Richardson’s suggestion that the ‘great resignation’ or ‘great reshuffle’ would be an ongoing phenomenon.

On top of this, 18 percent or 1.86 million of the people who participated in the survey were found to be considering a career change to both a new job and industry within the next year.