Key Terms Related To Cryptocurrency That You Should Know Before Investing 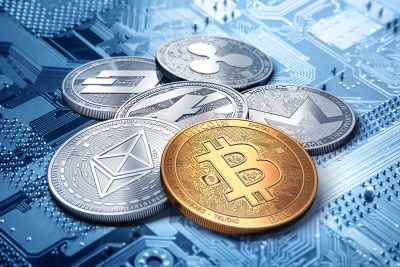 If you are like millions of Australians that are curious about cryptocurrency and are thinking about investing in digital currency it is important to know the basics and understand the meanings of these key definitions and key terms related to cryptocurrency.

Cryptocurrency is the term used for a currency that is both digital and decentralized. Cryptocurrency can be used to both buy or sell goods or services, it can also be used as a long-term store of value. If you are planning on investing you should understand the key terms related to cryptocurrency.

Decentralization is the principle of distributing power away from a central point. Blockchains are traditionally decentralized because they require majority approval from all users to operate and make changes, rather than a central authority as in the case of a banking system of a country.

Blockchain can be best described as a system of recording information in a way that aims to make it difficult or almost impossible to change or hack.

Blockchain is a type of DLT in which transactions are recorded with an immutable cryptographic signature called a hash.

On cryptocurrency blockchains, blocks are made up of transaction records as users buy or sell coins. Each block can hold only a certain amount of information. Once it reaches that limit, a new block is formed to continue the chain.

Whenever a transaction of cryptocurrency has been verified and needs to be added to a block in a chain, it will be put through a hash algorithm to convert it into a set of unique numbers and letters, similar to what would be created by a random password generator.

As a result of this, two transaction hashes will be combined, and put through the hash algorithm to create another unique hash. This process of combining multiple transactions into new hashes continues until finally there remains just one hash which is the ‘root’ hash of several transactions.

The thing that makes hashes unique, and a major security feature for blockchains, is that they only work one way. While the same data will always produce the same hash of numbers and letters, it is impossible to ‘un-hash’, or reverse the process, using the numbers and letters to decipher the original data.

Launched in 2009, bitcoin is the first ever and the most popular form of cryptocurrency. Bitcoin was created as a reward for a process which is commonly referred to as mining.

Bitcoin can be exchanged for other currencies, services or products. However, the real-world value of bitcoin is extremely volatile and unpredictable. Although its value has climbed steadily since 2009, it has witnessed fierce fluctuations over time.

Cryptocurrency wallets come in many forms, from hardware wallets like Ledger that looks like a USB stick, to mobile apps which makes using cryptocurrency as easy as shopping with a credit card online.

Crypto mining is when a person gains cryptocurrency by solving cryptographic equations through the use of computers.

The process of crypto mining involves validating data blocks and adding transaction records to a public record (ledger) known as a blockchain.

The word altcoin is used to define any type of coin that isn’t a bitcoin. Altcoin can be best described as alternative currencies that were established after the success of Bitcoin. Altcoins usually try to brand themselves as better replacements for Bitcoin. Bitcoin’s emergence as the first peer-to-peer digital currency was paving the way for many to follow.

The majority of altcoins are trying to target any perceived drawbacks that Bitcoin has and come up with competitive advantages in newer versions.

A cryptocurrency exchange is an online platform where users can exchange one kind of digital currency for another. The most popular crypto exchanges are currently Binance and GDAX.

The term Fork is the word used whenever a blockchain’s users make changes to its rules. These changes to the protocol of a blockchain may result in two new paths, one that follows the old rules, and a new blockchain that splits off from the previous one. An example of fork would be when Bitcoin resulted in Bitcoin Cash.

In simple terms a Blockchain fork is a split in the blockchain network. The network is an open source software, and the code is freely available.

This means that anyone can recommend improvements and change the code. The option to experiment on open source software is a fundamental part of cryptocurrencies, and also facilitates software updates to the blockchain.

Forks occur when the software of different miners become misaligned. It’s up to miners to decide which blockchain to continue using. If there isn’t a unanimous decision, then this can result in the creation of two versions of the blockchain. There can be periods of increased price volatility around such events. When investing to any coins or cryptocurrency it is important to know and understand the key terms related to cryptocurrency.

The Team at Vault understands the complexity around the reporting for cryptocurrency and will assist you in properly reporting this through your tax return. With qualified tax agents specializing in digital currency, we are here to help.