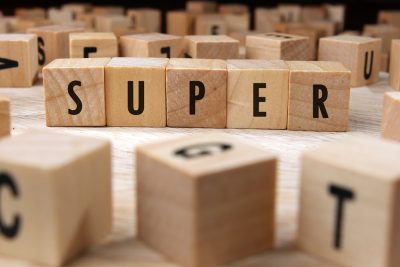 The superannuation contributions and penalties will also be non-deductible.

The Australian Tax Office (ATO) also has the authority to remit the penalty. However, the ATO has a policy of not remitting the penalty below 100 percent of the superannuation guarantee charge payable where an employer did not come forward voluntarily and it took ATO compliance action for them to disclose.

One potential situation is where an employer pays superannuation contributions a couple of weeks late but is unaware of the obligation to lodge a superannuation guarantee statement so does not do so.

If the employer is then audited by the ATO and fully cooperates with the audit,

On the other hand, the employer might be reminded by the ATO of their obligation to lodge a superannuation guarantee statement but overlook this reminder on the basis that they know that they have paid the relevant superannuation and do not understand their other compliance obligations.

In this type of situation, the ATO might charge a penalty equal to 150 percent of the superannuation guarantee charge, plus interest and administration charge as well as being denied a deduction for the superannuation contributions.

More than one in seven employees across Australia have been informed that their extra superannuation payments will be deducted from their wages.

This worrying figure, which occurs weeks after the superannuation guarantee (SG) increased from 9.5 to 10 percent of wages, has led to lawyers reminding Australians that most workers are legally allowed to receive an increase in super without a cut in their take-home pay.

Recently published research found that average-income workers will see their overall income rise by $233 a year if their boss pays them the super increase. However, if their take-home pay is reduced to fund the new super increase then they could potentially lose that amount each year.

The 13 percent of Australian workers who will have to take a pay cut is probably just the tip of the iceberg. According to a survey of 838 respondents. More than four in ten employees (43 percent) have admitted that they did not know whether their employer would cut their wages to make up for the higher SG.

There appears to be a lack of understanding among employees about this superannuation related issue. Around four in 10 employees admitted that they were either unaware of the SG changes being introduced on 1st July 2021 or they knew there were aware of the changes coming but they didn’t know what the changes were about.

This illustrates that there is a huge gap in knowledge, particularly among younger employees, with 30 percent of those under the age of 40 saying that they were completely unaware of the changes. Reminder the ATO advises that employers is paying superannuation late they will be heavy penalized.