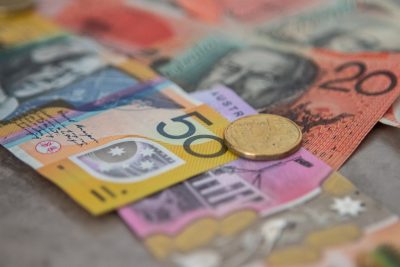 Queensland Premier Annastacia Palaszczuk has announced a new $50,000 support grant to assist small businesses who have suffered as a result of the recent flooding. The announcement comes as the federal government has agreed to jointly fund a $558.5 million support package to help businesses recover from the recent flooding disaster.

Through this package, primary producers will be able to access grants of up to $75,000, not-for-profit organisations can access $50,000 and up to $20,000 is available for sport and community clubs and associations.

There are a total of 19 local government areas (LGAs) situated across Queensland who will be eligible to receive a $1 million boost to help them with much needed clean-up works.

Prime Minister Scott Morrison said this package was the first available funding of financial support to ensure flood-affected communities in Queensland get the support they are in desperate need of receiving.

“I saw the devastation of this flood with my own eyes this week in Brisbane and I knew how important it was to get money in the hands of farmers, small businesses and local community groups across Queensland to help them rebuild and recover,” says Australian Prime Minister Scott Morrison.

“This initial package is in addition to the federally funded $1,000 disaster relief payment and the 13-week income replacement for employees and small businesses, which to date has already paid out over $100 million, including $77 million to those affected in Queensland.

“We are continuing to work with the Queensland and New South Wales governments to develop further support packages to help them rebuild and respond as flood waters recede,” continued Scott Morrison.

Across the border, a $4.34.7 million dollar package has been announced to support NSW communities that have been impacted by the floods. The support package aims to assist small businesses, not-for-profits, primary producers, sporting and community organisations, and local governments for their immediate response.

Queensland Premier Annastacia Palaszczuk has ensured Queenslanders that her government is committed to backing small businesses and primary producers across the region to recover as quickly as possible.

“I’ve seen first-hand the devastation this event has caused Queensland communities, many of which had already done it tough through the COVID pandemic and when Ex Tropical Cyclone Seth hit our state just two months ago,” says Queensland Premier Annastacia Palaszczuk.

“It’s essential that we get our small businesses, primary producers and not-for-profits back up and running again to support our local jobs, economy and communities. Many small businesses and not-for-profits are experiencing loss of infrastructure, equipment, stock and trading, and primary producers are again facing losses to crops, equipment and infrastructure, but through these grants we’re here to help them in their recovery,” continued Ms. Palaszczuk.